The long distance literary workshop organised by the Vienna-based group, kollektiv sprachwechsel offered writers working in languages other than their mother tongue a platform to discuss their reasons and motivation, the benefit of creative multilingualism and the difficulties they face while adapting to a new language and publishing their work. 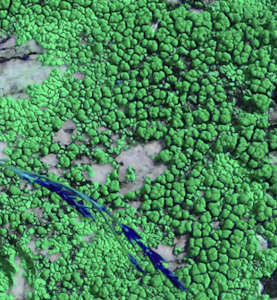 In the first stage, the contributors processed questions, such as how location influences the languages they work with, whether writing in a second language is a free choice, an act of emancipation or rebellion.

The submitted short essays and poems revealed a wide range of ideas and experience, but despite of the geographical distance and the variety of cultures and languages, there is a notable overlap in the conclusions. While the use of a second language in creative writing is most often preceded by relocation, a pre-existing impatience or dissatisfaction with the mother tongue may also catalyse this step. Perhaps not independently of this, a feeling of guilt may also rise: the decision to step out from the back court of the small literary circle of the home country to the broad playing field of big languages can be seen as letting one’s mother tongue down. However, with the fear and inhibition left behind, writers relive how they discovered writing in the mother tongue. Also, the freedom and playfulness that the creative process in a foreign language means influences the handling of texts in the mother tongue too, and gives deeper self-understanding, since every language opens up new identities and raises new questions.

Relocation affects the personality, how the individual sees itself, and also how it sees the world. Multilingualism is part of our modern life, it feeds us, even if we do not notice it. Living abroad, we inhabit other languages, use their assets, and the languages in which we think inform each other and open up new forms of self-expression.

This website uses cookies to improve your experience while you navigate through the website. Out of these, the cookies that are categorized as necessary are stored on your browser as they are essential for the working of basic functionalities of the website. We also use third-party cookies that help us analyze and understand how you use this website. These cookies will be stored in your browser only with your consent. You also have the option to opt-out of these cookies. But opting out of some of these cookies may affect your browsing experience.
SPEICHERN & AKZEPTIEREN